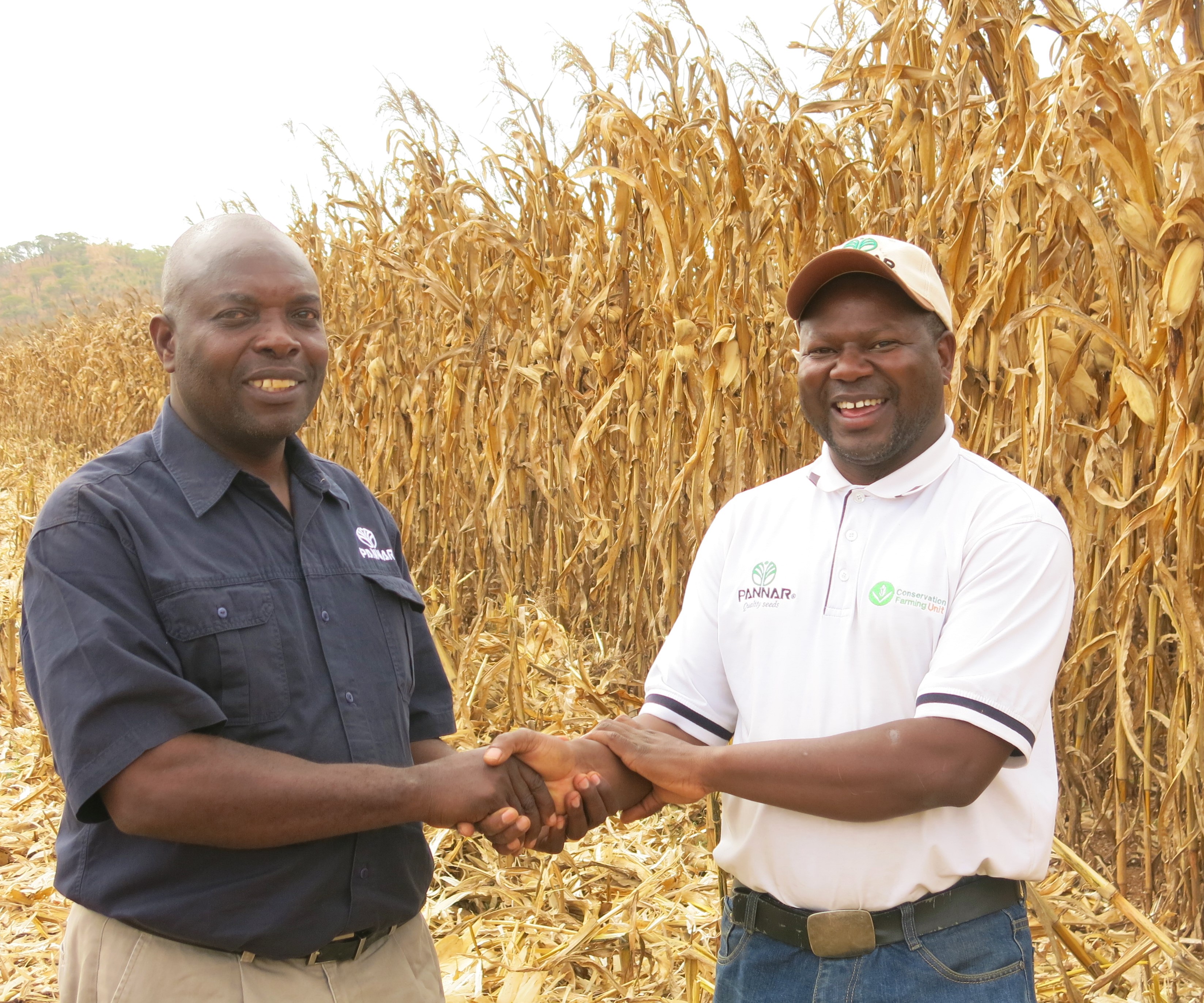 Twice in the last few months the President of Zambia, His Excellency E.C.Lungu has found himself on farms that are doing visibly well despite the very difficult rains that the country received. He rightly and publicly attributed it to good management and the benefits of Climate Smart Agriculture. Speaking at a Harvest Day held last week in Mumbwa’s Big Concession area, at the farm of Mr. Wisdom Mababe, the President noted what could be achieved using Conservation Farming and urged all Zambian farmers to take it up, noting what a difference it could make to the country’s over-all production and economy. Many farmers in the country are now facing a very stressful, hungry, hard year, after very erratic, poor rainfall made it difficult to produce a crop. The exception to this is the hundreds of thousands of farmers who carefully employed CF methods, and who, on the whole, have harvested significantly more than their non-CF neighbours and will manage to weather this bad year.

The difference was visible and startling on the farm of Mr. Mababe. Despite all Agricultural shows having been cancelled this year due to failed production levels, Mr Mababe is harvesting an average of 12.5 tonnes or 250 x 50kg bags per hectare on his 482 Ha of Maize. His yields on his 271 Ha of Soya have also been good. This is all despite dry spells of over 28 days. While he says these yields are not as good as he would get in a ‘normal’ rainfall year, he obviously has good reason to be very satisfied. All of this was grown using Conservation Farming methods, specifically minimum tillage ripping using his tractor.

Mr. Mababe had taken up CF 7 years ago, after prolonged encouragement from the local staff at the Conservation Farming Unit (CFU). At first he was skeptical, but he tried it out on a 5ha portion the first year and after that never looked back. He quickly realized that “not only could CF work well on the big scale, but that CF was giving him less costs on land prep, taking less time, and giving better yields”. Mr Mababe stated that “there is impact from drought if farming is done wrongly, but if done correctly with CF you don’t feel much impact … It is very important that we go the CF way in order to manage the challenge of the climate problems, which are real”. Mr Mababe also thanked the CFU, who had shown him continuous support.