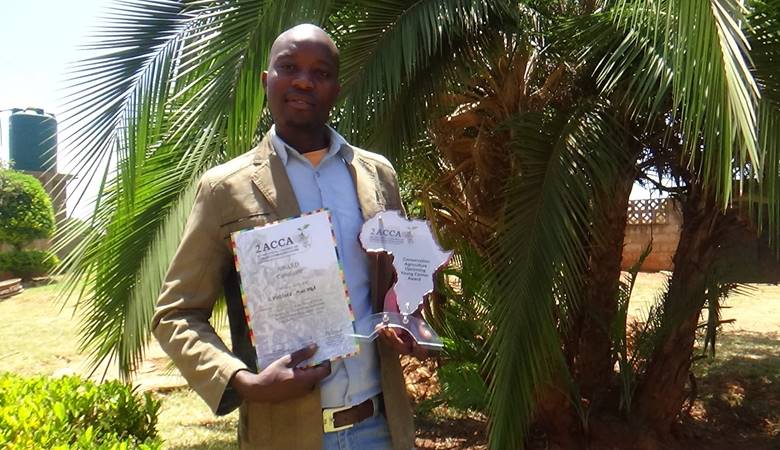 The 2nd Africa Congress on Conservation Agriculture was held in Johannesburg 9th -12th October 2018. The Congress gave a total of six Awards, eligible to candidates from across the continent. The CFU and its associated farmers won 3 of the 6 Awards. Mary Kolala from Mwachisompola in Chibombo won the Africa Female Challenge Award. Mary is a powerful example of how a widow can lead in her community, be food secure and support multiple dependents. A CA Practitioner since 2011, she routinely averages 500 bags (50Kg) of maize on her 3ha holding. The CA Young Farmer Award was won by Choole Mwinga, a 33 year old young man from Mumbwa who is setting a sterling example to his peers. He has built his farming business up to the point that he has managed to purchase a Tractor, and this year serviced his first 23 Min-Till clients. Finally, Beitak Productions (Uk) won the Media Award for the CA Documentary commissioned by the CFU to showcase CA achievements through its in-country partners in Kenya, Uganda and Tanzania.